Skip to main content
Click to see Lesson #1 for FREE Lesson #1 is yours FREE
Get 55% OFF TODAY (and start raising your financing tomorrow!)
Watch Intro Video 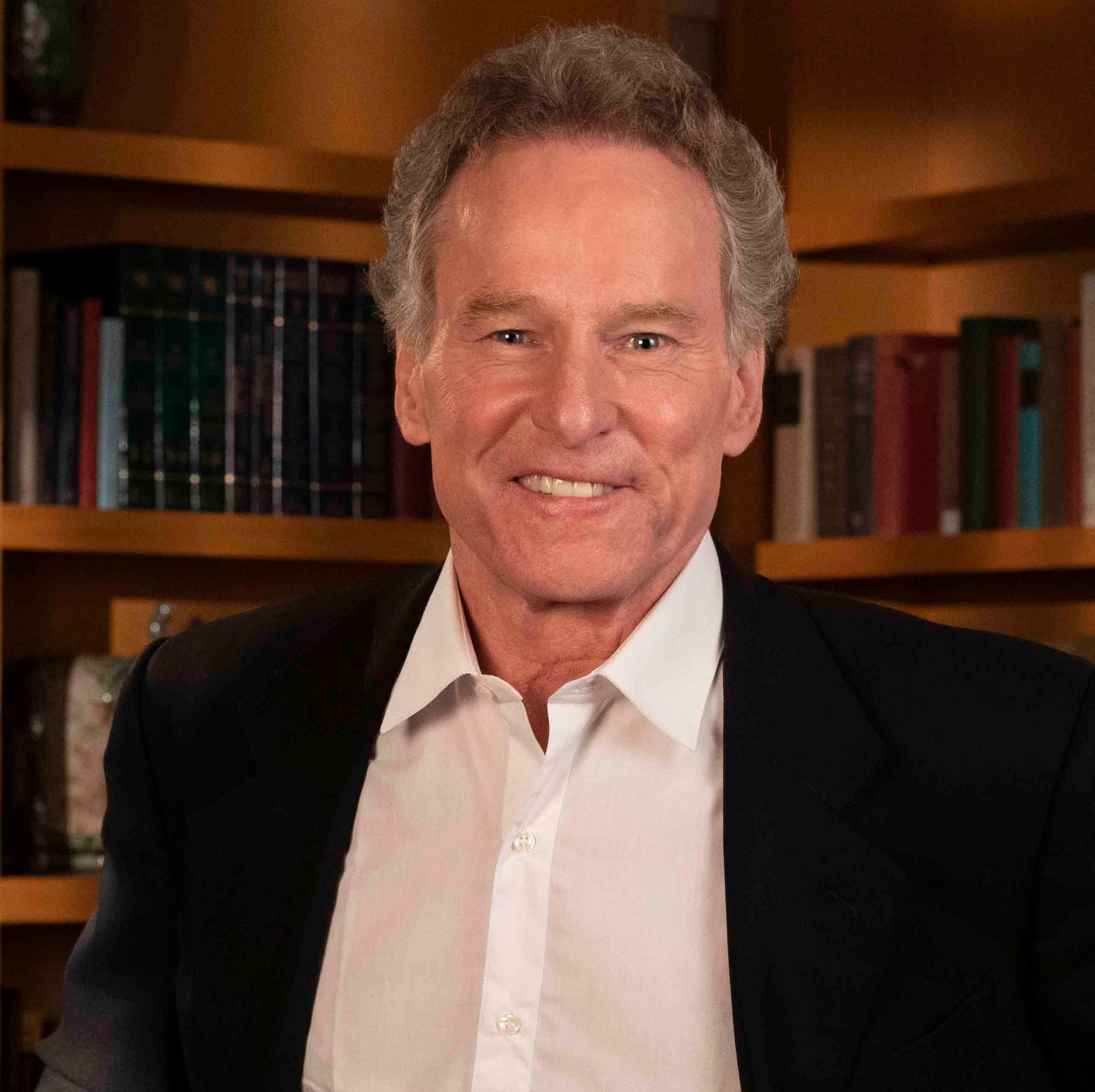 Mark Stouffer is a prolific film and television writer-producer-director who has raised multi-million-dollar financing for nearly a dozen independent feature films for which he's won two Emmy Awards (including nine Emmy nominations), a Directors Guild of America Award, and more than 75 International Film Awards. He's the co-author of the book "Money for Your Movie: Guaranteed - Financing Your Film with a Phone Call! " on which this complete video course is based. Mark is an engaging speaker and a truly revolutionary expert when it comes to raising the money to make movies!
With a Masters Degree in Cinematography, Mark jumped into mainstream entertainment right away, forming a partnership with recording artist John Denver. Together, they produced Denver’s highly-rated TV Specials with guest stars like Steve Martin, Itzhak Perlman, Beverly Sills, and Olivia Newton-John. Mark then moved into feature motion pictures, writing, producing and directing "Man Outside" starring Robert Logan and Kathleen Quinlan, which became an Official Selection at major film festivals. After developing producing and directing documentary projects for King World Direct, (earning the company $57 million in video sales), Mark joined forces with National Geographic Television, writing, producing and directing multiple features which earned five Emmy Award Nominations and two Emmy wins as Best Director.
ENROLL NOW (and start raising your financing) 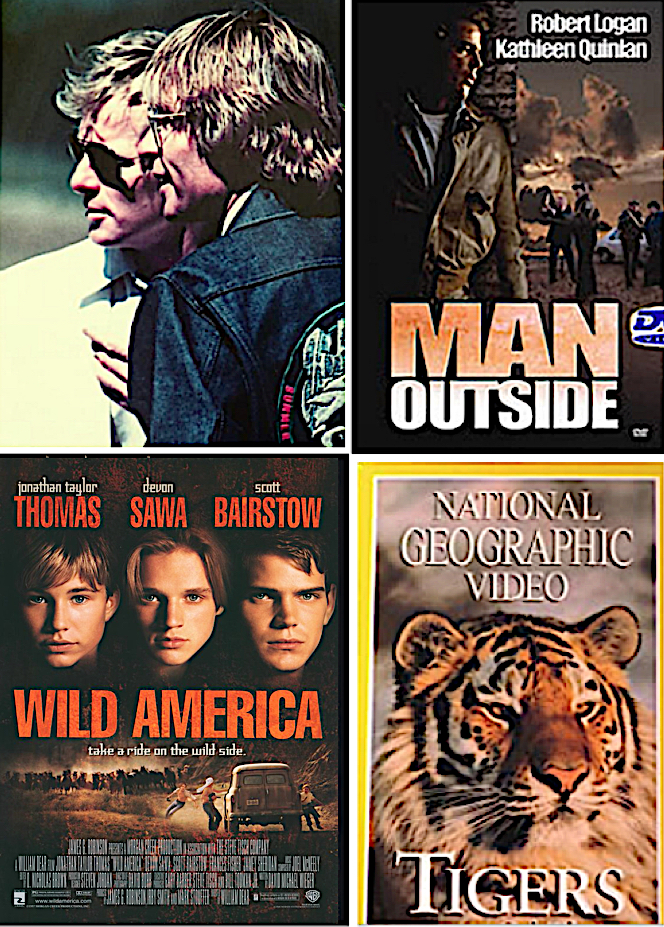 In collaboration with Amazon CEO Jeff Bezos, Mark created and produced the high adventure "Apollo F-1 Expedition." He's currently writing and producing the crime series "Who Killed Britney Tiger." Mark has made multiple appearances on NBC's Today Show and has been the subject of feature articles for Forbes, Time, Newsweek, People, USA Today, and numerous other publications.
Enroll NOW and only PAY HALF up front.

When you take this course and follow my strategies--the same ones that have allowed me to raise millions of dollars over and over again--you'll be able to raise significant production financing for your film projects. I know that asking others for money to make your film may sound like an impossible challenge. But when you enroll in this video course and learn the tactics, strategies, and principles I'll teach you here, you'll become an UNDENIABLE FORCE. You WILL raise the money you need, and you WILL make your movie. I hope you'll join me here, because I'm going to show you the way to filmmaking success so that you and I can meet in person on The Red Carpet!
Join me now...and Let's Go Find the Money for Your Film! 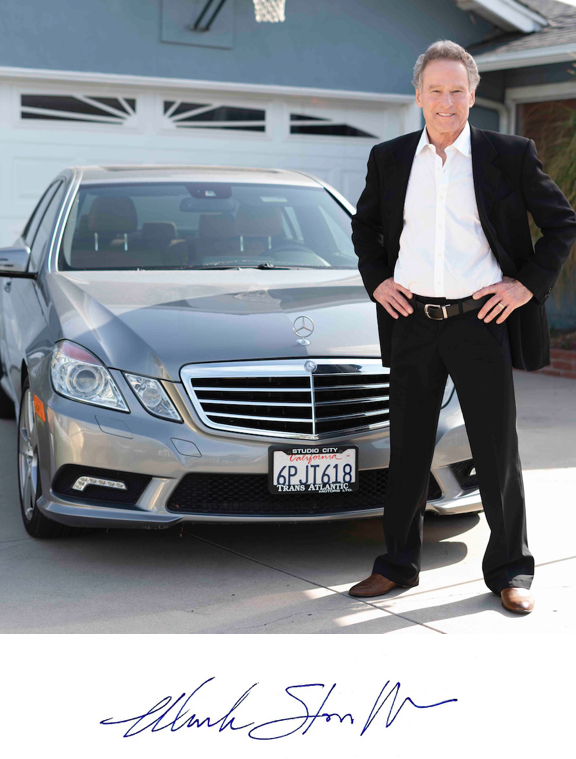 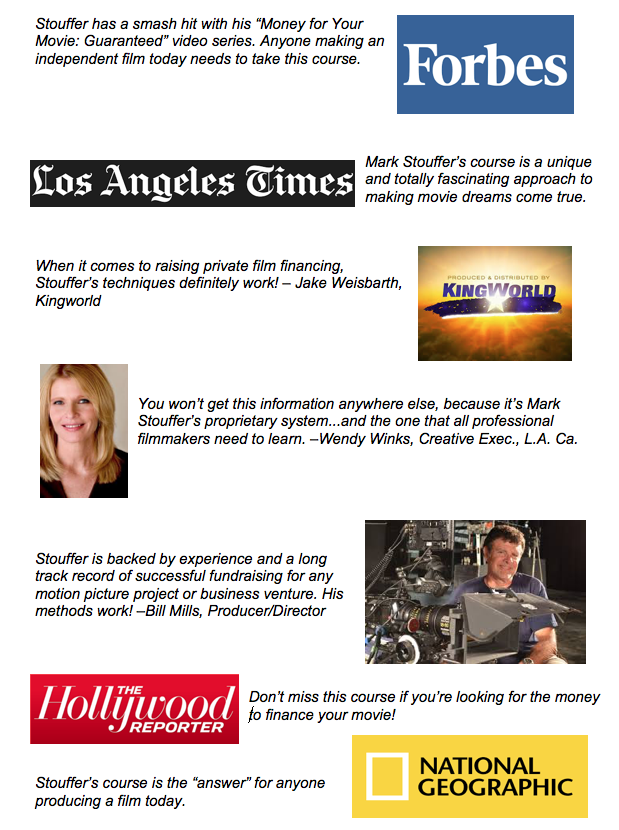 Raising the money to make your movie is no longer the impossible task it once was. You only need to find those individuals with money they're willing to risk...and than convince them that your film has a reasonable chance of returning their investment plus some profit. MARK STOUFFER has raised the financing to produce nearly a dozen movies (and won Emmys and DGA Awards nominations in the process)...and he's still doing it today. Here, for the first time in 20 fast-paced video lessons, Mark teaches you everything you need to know--and how to use you new knowledge--to make YOUR MOVIE.
Mark will show you exactly it's done...and how YOU can do it too!